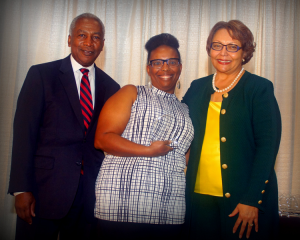 Tiffany Lewis, a Jackson MS native, is a graduate of St. Andrews Episcopal High School and a 2003 graduate of Tougaloo. She is the daughter of Ricky Williams ’79 and Beverly Haywood Williams ’81. She is a nationally certified Pharmacy Technician who has been employed with BJP Pharmacy since 1996 and currently serves as Manager.

In 2010, she began her first business endeavor, Carroll Creation. In 2012, she continued to pursue her entrepreneurial roots and became the successful business owner of Southern Scentsations, where she makes and sells natural organic soy wax candles, whipped body butter, and wax melts. Believing in the importance of continued education, she is enrolled in a Master of Business Administrator program. She lives in Jackson with her husband, Raul, and two children, Jayden and Kenneth Carroll. 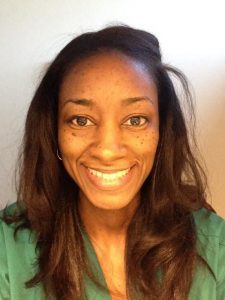 Whereas some would spend their entire lives in hopes of realizing their purpose, Kendria’s purpose was inadvertently revealed to her during her early adolescence.

As a child, her home was her clinic. She could typically be found “playing doctor” to her older sister and younger brother, both of whom were afflicted with sickle cell anemia. Giving a massage to soothe an aching back, arm, or joint; providing a cup of water to aid in the swallowing of medications; preparing a hot towel to relieve aches and pains; and if necessary, lending a shoulder to cry on were frequent activities for her. Caring for her siblings was not a chore, but a service voluntarily rendered.

During her childhood, Kendria saw first-hand the inequities in access to healthcare encumbered by those residing in poor and rural communities; thus, a passion to bridging that gap developed. She admired the work performed at the Delta Health Center, the oldest community health center in the United States, and innately felt compelled to ‘return to her roots.’